The year 2020 has been a terrible one for the Indian box office. Theaters remained closed for most part of the year and even after the cinema halls were operational, the footfall did not go as one had expected. Thankfully, on the last weekend of the year which coincidentally also benefits the Christmas period, an exciting Hollywood film, Wonder Woman 1984, has hit theaters. The first part performed well in India and gained a fan following. Even lead actress [Gal Gadot] Is a recognizable and very popular face for the Indian audience. As a result, expectations from the sequel have been tremendous not only for filmmakers, but also for exhibitors and the industry at large. So is WONDER WOMAN 1984 a great entertainer like the first part? Or does it fail to entice? Let us analyze.

Vander Woman 1984 is the story of a female superhero trying to stop a great man who wants to conquer the world. The year is 1984. Diana Prince (Gal Gadot) now works as a senior anthropologist at the Smithsonian Institute in Washington DC. He still hasn’t met Steve Trevor (Chris Pine) more and remembers him deeply. At the institute, a naughty girl, Barbara Minerva (Kristen Wiig) joins in and specializes in many fields. She is insecure about her looks and shy behavior and starts looking at Diana. Meanwhile, Diana remains Wonder Woman and comes to the rescue whenever needed. During one such term, he avoids robbing a jewelery shop and arrests the robbers. When the police investigate the crime, they find that the shop was just a front and the real business of the shop owners was to deal with the antique black marketing. The FBI sends these antiquities to the Smithsonian Institute so that they can understand its true value. Barbara is given the responsibility. Diana is also joined by her curiosity as she is the one who foiled the robbery scheme. Both stumble upon a Dreamstone. According to the inscription, this mysterious object wishes to come in contact with any user. They try their luck. While Barbara aspires to be sexy and confident like Diana, Diana asks for Steve. The next day, Diana slowly begins to realize that her wish is coming true. On the same day, businessman and TV personality Maxwell Lord (Pedro Pascal) visits the Smithsonian Institute. He expresses interest to become a partner in the institute. He visits the place and smokes with Barbara. Barbara, too, is motivated by the interest shown by such a rich, pleasing personality. Soon, it is revealed that Maxwell is steeped in debt and is offering fake Ponzi schemes to investors. To get out of the mess, he needs to reach Dreamstone. It is for this reason that he befriends Barbara. Soon, he steals a stone from Barbara under the pretext of writing an article from an expert friend. Instead of making a common wish, Maxwell aspires to become a stone and acquires the power to grant wishes to others. On the other hand, Diana cannot stop being happy as her wish is also fulfilled and Steve returns from the dead. What happens next is the rest of the film.

The story of Patty Jenkins and Geoff Johns is impressive and more important, it is not associated with any other films in the DC Universe. If one has seen the first WONDER WOMAN film, one will be able to easily understand going-on. The screenplay of Patty Jenkins, Geoff Johns and Dave Calham is entertaining and even escapist. DC films tend to be dark, but are written as a purely commercial entertainment. Dialogues are simple and sharp as needed. In Maxwell’s scenes, the one-liners extend far and wide, but this is in accordance with the character’s personality.

Patty Jenkins’ direction is nonetheless very impressive. The first part was also 141 minutes long, but it didn’t feel like a lot was happening every minute. The sequel is no exception. It is 2.31 hours in length and as of now, the film does not bore or drag. Some viewers may remember the action bits in the first half. But Patty makes it clear that he is setting things up for a grand, action-packed second half in the first half. However, the narrative is much more than just action. The romance between Diana and Steve is beautifully treated and also the crazy side of Maxwell. On the flipside, Finale is catching on, but is also quite didactic. And it is also a bit longer. One wishes that if the makers had taken this into account a little. Also, Maxwell’s flashback adds to the duration of the film. This was without doubt an important part of the story. But it comes at a point when one expects fireworks and a fiery tale. 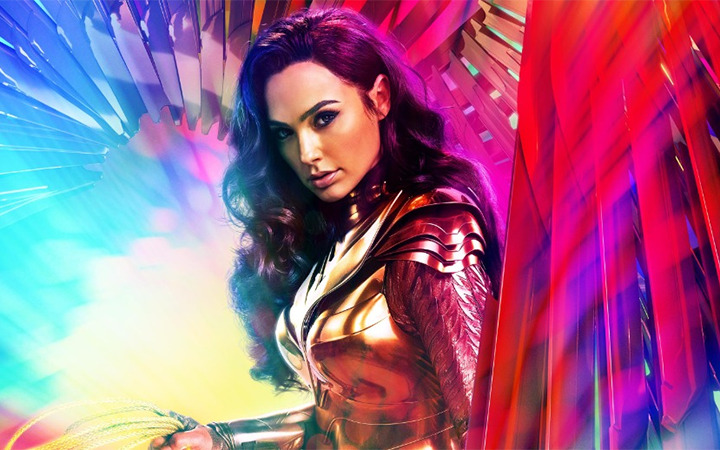 WONDER WOMAN shows an exciting start to a young Diana in 1984, a very tough athletic competition in her state Themyscira. An important aspect of the story is inserted at the end of this track and one understands that it will have some significance later in the narrative. The entry sequence of adult Diana is straight out of Salman Khan’s film and is certainly welcomed with whistles and claps. Barbara’s introduction to the story and her bond with Diana is sweet. Most people can get restless as most of the action is on the backseat in this hour. But there is no complaint because a lot is happening in the film. The revival of Steve Trevor takes the cake at this hour. Also watch the scene when Steve flies the airplane through fireworks. It has a cute Disney-like touch and will be elevated. After the interval, the action finally unfolds and moves to another level. Trying to save Maxwell to destroy the world is not just about Diana; Barbara’s track also plays an important role and increases stress levels. The climax, although preached, makes an impact. The mid-credit scene is quite surprising.

Talking about the performances, Gal Gadot is still in the lead role again. He is a supporter in action sequences. But she is most moved by romantic scenes and scenes, for which she has to be vulnerable. She also carries her various outfits like Rani, and is also admirable. Chris Pine is as adorable as ever. He made sure to leave the audience smiling, especially in scenes where he is amazed by the advancement of technology in the 1980s. Kristen Wiig is a wonder of the film. Her role is very well written and she does total justice. Pedro Pascal is quite over the top, but handles the part very well. Some of his actions may also remind Trump. Connie Nielsen (Hippolyta; Diana’s mother) and Robin Wright (Antope) are fine, as expected, in their cameo appearances. Amr Waked (Emir Sad bin Abydos) slightly overacts. Ravi Patel (Babaji) gives a good performance but his character is shown in a hurry and takes no time to establish him properly. Lucian Perez (Alistair) is beloved as Maxwell’s son. Stuart Milligan (US President) is impartial. Gabriella Wilde (Raquel) and Shane Atovol (Dangerous, Drunk Man) are passable. Christopher Polaha (handsome man) is lovely. Linda Carter (Asteria), who played Wonder Woman in the 1970s television series, has a memorable role.

Hans Jimmer’s music is cinematic and enhances the effect. In some action sequences, however, it nullifies the effect. Matthew Jensen’s cinematography is superb. Themyscira’s opening shot is breathtakingly shot. Aline Bonetto’s production design is rich and she does her best to make the film as authentic as the 80s possible. Lindy Hemming’s costumes are quite glamorous, especially the dresses worn by Gal Gadot and Kristen Wiig. The action is a high point and visually superior. Thankfully, it’s not Gary. VFX is the top class. Richard Pearson’s editing could have been crisp, especially in the ending parts.

Overall, WONDER WOMAN 1984 is a complete recreation, which is worth your money. It is treated in a commercial manner and, therefore, has a much greater mass appeal. At the box office, it faces many hurdles, such as scaring some filmmakers when it goes to theaters, nightly curfews in Maharashtra state and the proliferation of HD pirated prints once it airs on HBO Max on Friday 25th. Plus side, the film has tremendous publicity and moreover, there is a lot of demand among the audience. It releases any competition over the beneficial Christmas weekend. In addition, the Wonder Woman series and Gal Gadot have a following in India and hence, its box office results can be very healthy.